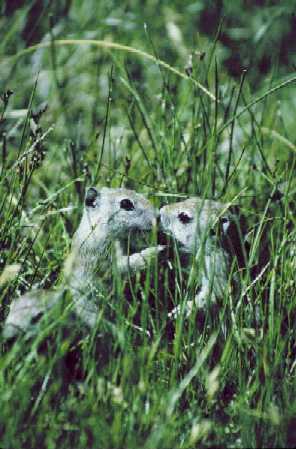 Using a cross-fostering design that eliminated other sources of social learning, I found that female golden hamsters can use their own odors to recognize unfamiliar kin, and that postnatal interactions with close kin (such as the mother or siblings) are not necessary for a kin template to form. These results are the first to demonstrate that a vertebrate can use a self-matching kin-recognition mechanism, and suggest that other, more social, species may use self-matching as well.

Kin recognition and the 'armpit effect'

Animals appear to recognize relatives they have never met before, but how do they do it? One way is to compare a stranger's traits to their own (self-referent phenotype matching, dubbed the 'armpit effect' by Richard Dawkins). When estimating relatedness, whether for directing nepotistic behaviors or making mate-choice decisions, self-matching may be more accurate than using the traits of close kin (e.g. parents) as referents. 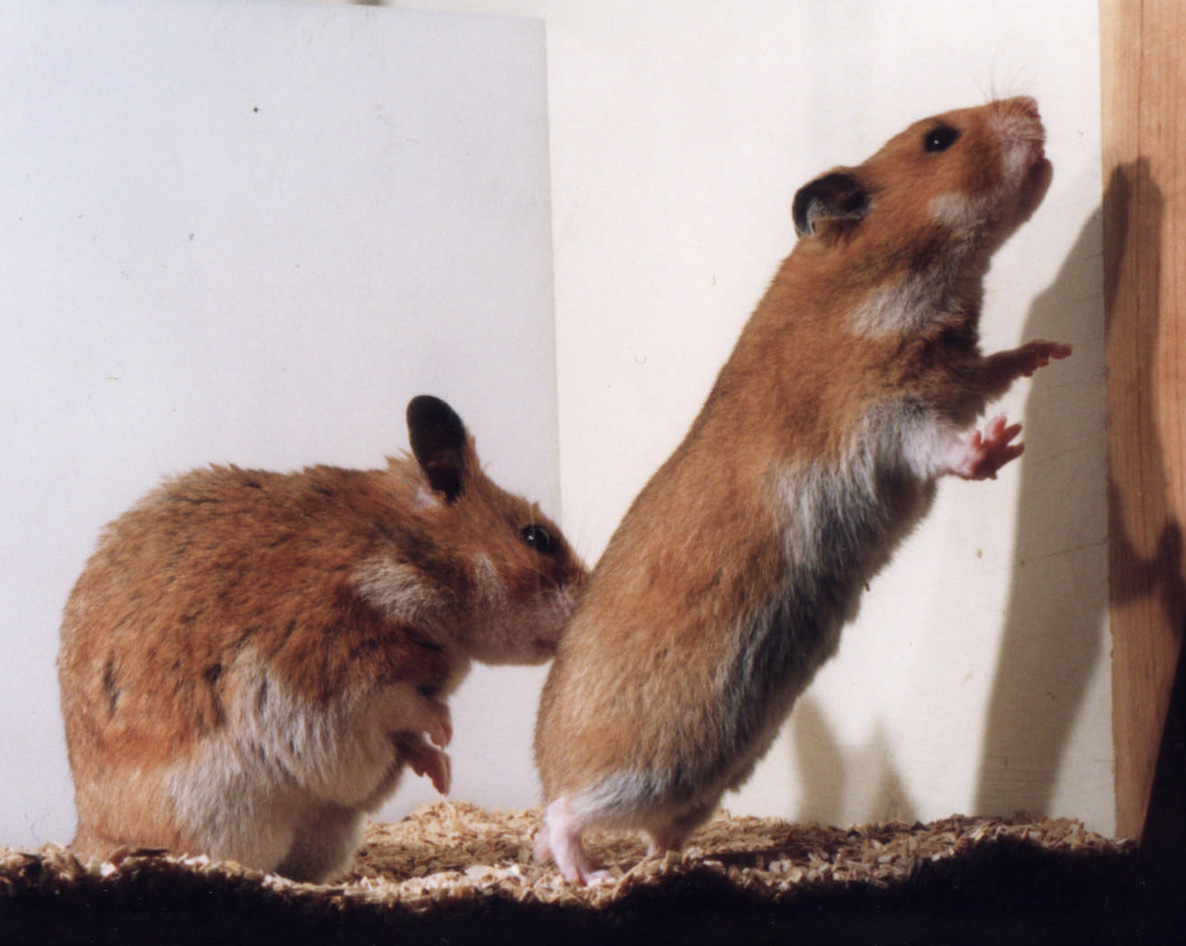 Two golden hamsters, with the left animal investigating the flank-gland area of the animal on the right. Photo courtesy of Cornell University News Office.

These odors are produced before young first emerge aboveground, but are not individually distinct until sometime after emergence, perhaps because of diet changes associated with weaning and dispersal. Surprisingly, after nine months of hibernation, ground squirrels do not seem to remember previously familiar odors, and so must re-establish familiarity with each other every spring.

Belding's ground squirrels produce two odors can be used as kin labels, or cues that are more similar among kin than non-kin. There is enough information in these odors about relatedness that ground squirrels can recognize classes of distant kin, such as cousins, even though they aren't treated nepotistically. And, males also produce kin labels and recognize their relatives, even though they disperse from home and don't engage in nepotistic behaviors. 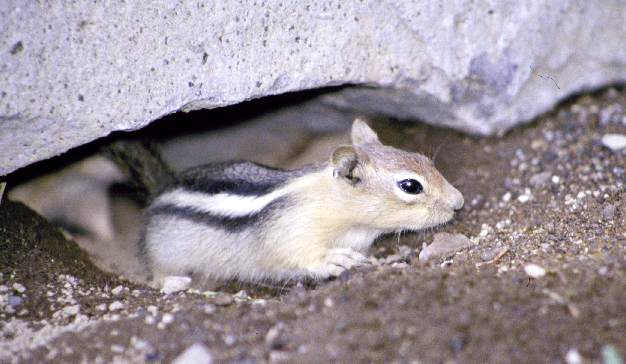 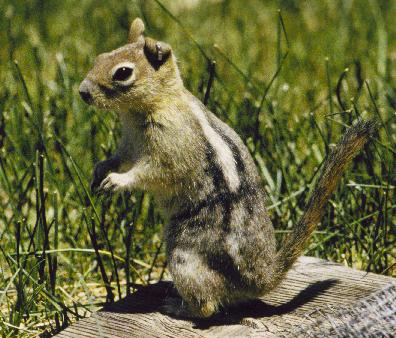 Surprisingly, golden-mantled ground squirrels (Spermophilus lateralis), an asocial species which does not show nepotistic behaviors, also produce odors that vary with relatedness. Together, these data suggest that evolution has acted differentially on the production of odors, the perception of odors, and the use of these cues for kin-differentiated behaviors. 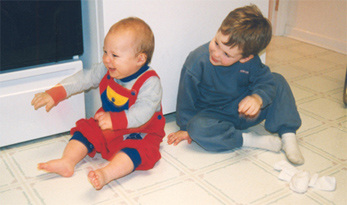 These brothers share, on average, 50% of their genes in common. How does this influence their relationship? Does it matter if, at a specific genetic locus involved with cooperation, if they received the same copies from mom and dad? What if they don't share the same alleles at this locus?

On of my research programs involves the proximate mechanisms of social recognition in mammals. One of my research interests includes how humans recognize one another, and what behavioral (cooperative, competitive) consequences that might have for social interactions.

Another research program involves non-humans. For example, adult female Belding's ground squirrels are nepotistic, showing preferential treatment toward their close female kin. This includes the production of risky alarm calls warning of predators, as well as cooperative defense of territories to prevent infanticide. Yet how individuals recognize their unfamiliar kin (such as sisters born a previous year) and discriminate degrees of relatedness has been unclear.

I have been looking at several aspects of chemical communication among individuals, including the production of distinct odors (e.g. from the oral and dorsal glands), how these odors are distributed (e.g. indirectly via scent-marking behaviors or directly via nasal investigations of glands), and what classes of odors can be discriminated (e.g. unfamiliar paternal half siblings; familiar non-kin). Belding's have at least five odors that are individually distinct, and so can be used for individual recognition.